The Mindset we need to have about Nigeria 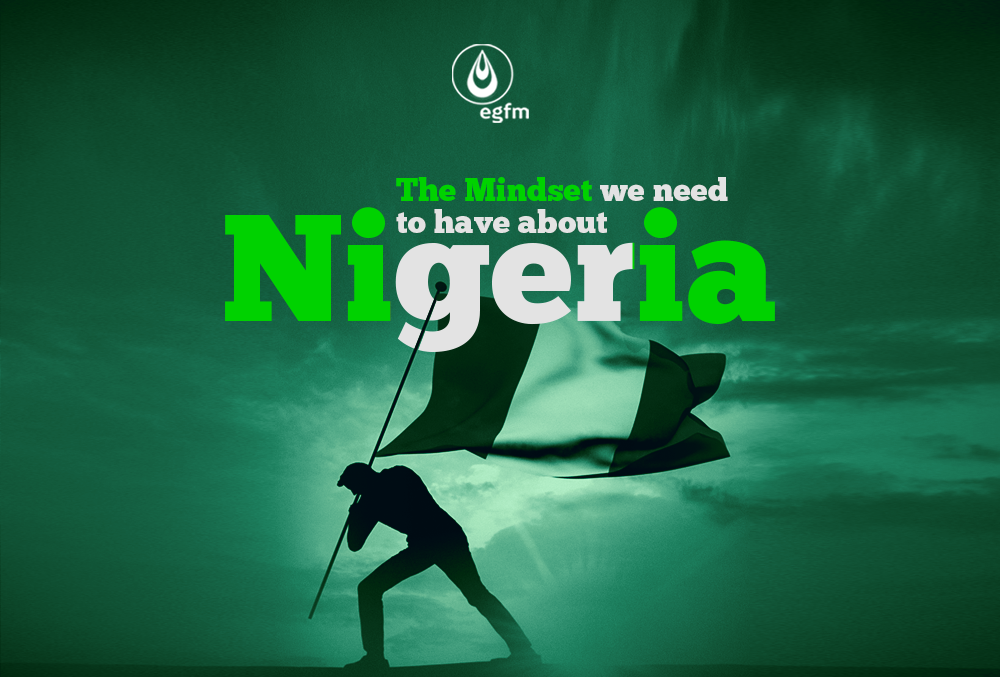 For a great while now, Nigeria has been an object of ridicule, both by its own citizens and its non-citizens. Our nation has been referred to as a failed state, the most corrupt country in the world, and so on. Although this looks true, judging from a natural perspective, yet, this state is worth giving thanks unto God for. “Thanks? Why should I give thanks to God about Nigeria?”, someone may ask. Well, permit me to ask another question – “Are you a believer?” The Bible tells us believers to give thanks unto God in everything (1 Thess 5:18). Even though the things we see, hear and experience in the nation seek to bring about professing a negative verdict for the nation, yet as believers, we need an elevation from our natural standpoint. Believers – what do we believe? The seen? Of course not! We believe the unseen; we believe what we see in the word of God. If the word says to give thanks in everything, then we should; for in obedience, there is life. Imagine that you are losing life over Nigeria’s issues? Isn’t that fearful? Let us not cease to give thanks to the Lord for our country, for this is good and acceptable before Him. Let us shame the devil by doing the exact opposite of what he wants us to do, which is to complain. In 1Tim 2:1-2, Paul named ‘giving of thanks’ as part of our responsibility as believers in praying for all kings and those in authority. This shows how important it is to constantly give thanks for our nation.

Many people are filled with anger, fear, insecurity and resentment towards the nation. Some others have resorted to escape from the land. But our disposition as the Church of Jesus Christ in this nation weighs a lot in the realm of the spirit. Recall the twelve spies whom Moses sent to spy out the promise land. Ten of the spies gave an evil report concerning the land and succeeded in convincing the entire nation of Israel that they were not able to go in and possess it. In the realm of the spirit, what that disposition implied was that the Lord was not able to give them the land.

“And all the congregation lifted up their voice, and cried; and the people wept that night.  And all the children of Israel murmured against Moses and against Aaron: and the whole congregation said unto them, Would God that we had died in the land of Egypt! or would God we had died in this wilderness!  And wherefore hath the LORD brought us unto this land, to fall by the sword, that our wives and our children should be a prey? were it not better for us to return into Egypt?  And they said one to another, Let us make a captain, and let us return into Egypt.” (Num 14:1-4, KJV). This expression of their unbelief made the Lord swear that they would not inherit the land. In addition, the Lord killed by a plague, the ten spies, who brought an evil report to the camp. But Caleb and Joshua gave a different report; they believed the Lord was able to bring them into the land.

“But my servant Caleb, because he had another spirit with him, and hath followed me fully, him will I bring into the land whereinto he went; and his seed shall possess it.” (Num 14:24, KJV). Here comes a call to believers in Nigeria to take up another spirit. This means to take on a different attitude or mindset from what is prevalent amongst the general populace - an attitude of faith. As believers, when we take up a mindset of faith regarding our nation:

We take a position in the realm of the spirit that is in alignment with heaven.

We rise above the wicked spirits that plague the land, and we can wield our authority in pulling them down.

We experience God’s goodness irrespective of what others around us experience. The Lord has promised, “If ye be willing and obedient, ye shall eat the good of the land.” (Isaiah 1:19, KJV)

Another mindset we are to have about Nigeria is that we are to follow the Lord. This means to position ourselves in what the Lord is doing in our nation. Truth be told, the state of the nation is discouraging in the natural, but the Lord is doing a great work in the spirit. Isn’t this great news? We must believe this because in the midst of all the happenings, God is moving. He is raising men and women of stature. Our eyes need to be set like a flint; and we must ensure we don’t get distracted from what the Lord is doing. This is how we follow the Lord. Inasmuch as it is good to be informed of happenings in the nation, it is important that our hearts are positioned where the Lord is. And the Lord is where His word is; therefore, we must focus on the word more than ever before. We must also follow the vessels that He is using to faithfully declare His counsel to us in and out of season.

Bless and Curse Not

Another thing worthy of note with Caleb and Joshua is that they voiced their positive report concerning the promised land. Although they were the minority, they were not ashamed nor afraid to confess their convictions, despite the contradictions from the majority. Twice, it was mentioned that Caleb and Joshua spoke to the people concerning their position on the matter (Numbers 13:30; 14:6-9); which was that God was able to give them the land, and that they were able to go in and possess it. Likewise, we should speak positively about Nigeria, declaring the goodness of God for her. We should bless and curse not. We should never engage in speaking ill of our nation. Rather, we should encourage those around us about the Good of the Land that is available for us in this nation. And even though there are giants in the land, we will not allow them hinder us from partaking of the milk and honey flowing in it.

Most importantly, as believers, we should have the mindset of prayer. We should deliberately engage in prayers for our nation Nigeria. God put us here to establish his kingdom on the earth; and we are the ones authorized to pray, “Thy kingdom come. Thy will be done in earth, as [it is] in heaven.” (Matt 6:10, KJV). As the Church, we are God’s platform for him to access our nation; let us do well to let Him in and perform His counsel. Recall Daniel, while in Babylon, having understanding of God’s mind as to the time of Israel’s deliverance from the land of captivity, engaged in prayers. If Daniel had not prayed through, that angel would not have had access to the earth to deliver God’s counsel for them.

Lastly, let’s live righteously. The Bible says, “Righteousness exalteth a nation: but sin [is] a reproach to any people.” (Proverbs 14:34, KJV). As much as it lies within us, the Lord supplying abundant grace, let us live as examples of the Nigerians we desire. There is an obedience that we must fulfil that will bring judgement to wicked spirits in our nation. If righteousness exalts, then men will begin to ascend as they do righteousness. And as we occupy the air space, we will displace those evil spirits. One of the ways by which we know that we have ascended is in our thought pattern. When our thoughts change according to righteousness, we are being raised. And when a significant number of us can obey righteousness, it will affect the atmosphere of Nigeria. The hold of evil spirits over our leaders will wane; and they will begin to have the ability to think properly and execute wise decisions.

The Bible says, “For there is hope of a tree, if it be cut down, that it will sprout again, and that the tender branch thereof will not cease. Though the root thereof wax old in the earth, and the stock thereof die in the ground; [Yet] through the scent of water it will bud, and bring forth boughs like a plant.” (Job 14:7-9, KJV). The Lord is raining righteousness more than ever before; our responsibility is to prepare our ground to receive it.

We must not be oblivious of the fact that all the troubles in our land are targeted against stopping God’s divine purpose from finding expression. Everything is an attempt by the enemy to take our gaze away from the Lord. Therefore, we must stand strong in faith, knowing that those who are with us are more, and are stronger, even a thousand times stronger, than those who are against us. 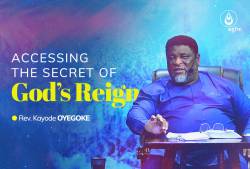 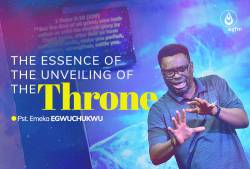 The Essence of the Unveiling of the Throne (APM) 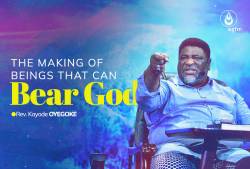 The Making of Beings that can bear God (APM)